Mayor Thomas P. Koch announced this week that the city will shift gears in its planning and will commission a new statue of Abigail Adams to be placed on the Hancock-Adams Common.

The mayor said creating a place of prominence to honor Abigail and her role as a defining voice of the Revolutionary Era has been through a number of iterations over the years as new public spaces in the downtown have taken shape. Most recently, Koch discussed dedicating a proposed performing arts center in the southern area of downtown for both Abigail and Louisa Catherine Adams, first lady to John Quincy Adams.

But he said listening to recent dialogue about Abigail’s absence from the current Hancock-Adams Common prompted him to reconsider the City’s plans. Last week, the mayor met with a group of residents leading the recent advocacy efforts for Abigail to be incorporated into the Common, which opened to the public in 2018. 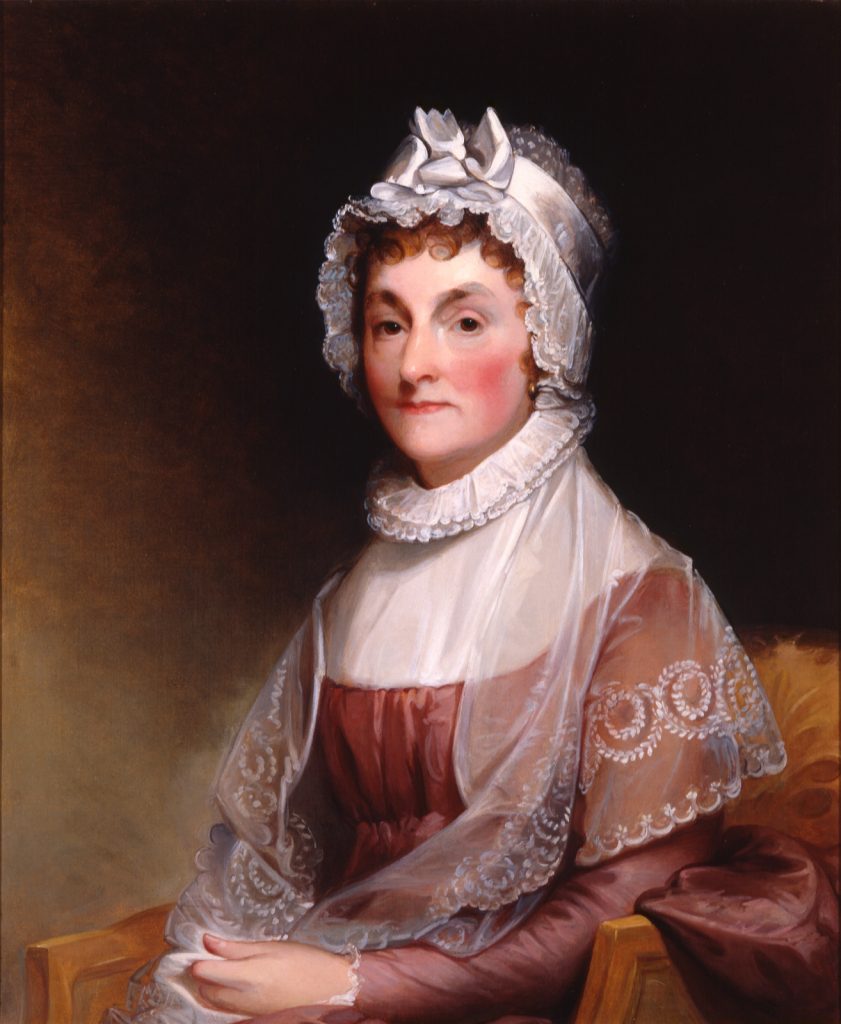 “I listened, gave it a lot of thought, and really had a great discussion with the group. The bottom line is the arguments I’ve heard are right. That Abigail’s been part of our planning is not good enough.  She’s not there now, and she belongs on the Common near her husband. There is not a marriage that, as a couple, has had a greater influence on who we are as a people than John and Abigail Adams, and the Common is absolutely the right place for both of their contributions to be recognized,” Koch said.

Sergey Eylanbekov, the same renown sculptor responsible for the John Adams and John Hancock statues on the Common, will create a statue of Abigail on the same scale as his existing sculptures, and an area of the park will be redesigned for her to be placed along with the interpretive artwork detailing her legacy. Eylanbekov is already under contract with the City, and has the historic material and images necessary from existing plans for an Abigail statue.

Because the framework is largely in place and Eylanbekov is not starting from scratch, Koch said he is hopeful that the new Abigail statue will be ready for a fall dedication.  He noted that timeline is contingent on avoiding major supply chain hiccups. The planning pivot will only require reprogramming of existing funding sources, the mayor’s office said.

The original statue commission for the Hancock-Adams Common dating back nearly a decade contemplated an Abigail Adams statue, with its placement coming in a second phase to be finalized when redevelopment plans for the Quincy Center MBTA station and its connection to the Common became clearer. In the meantime, a pair of existing statues, one of John Adams and one of Abigail with a young John Quincy, commissioned by local business leaders in the Quincy Partnership, were incorporated into the design of the Common’s first phase.

The Partnership asked that those statues, created by Boston sculptor Lloyd Lillie, be eliminated from the park design and be located in a place of prominence of their own.  After several years pursuing locations not overseen by the City, the Partnership requested that the statues be placed on the Adams Walk of Upper Merrymount Park, part of a sprawling, centralized open space complex donated to the City by Charles Francis Adams. The statues are anticipated to be installed this year.

As the first concepts for a major theater and performing arts center in the downtown started to take shape, Mayor Koch eyed the location of the existing glass City Hall building for that facility and for the monuments for Abigail and Louisa Catherine Adams to be included there.  When plans for the performing arts center shifted further south down Hancock Street, so did the plans for honoring the First Ladies.

Koch said the various intricacies of downtown redevelopment and long-term planning can’t replace what people see with their own eyes.

“Here we have this wonderful new public space, befitting of the national monuments in Washington, honoring our founders. But there is no representation right now of very likely the most important woman of her generation, whose actions and words continue to hold great influence even today,” the mayor said. “Good intentions and planning for the long-term are fine, but I’m truly grateful for the perspectives shared with me and very happy to be moving forward immediately with a beautiful sculpture of Abigail on the Common.”

The City is also in the beginning stages of planning monuments in the downtown for John Quincy and Louisa Catherine Adams.