Staff and volunteers with Massachusetts Audubon Wellfleet Bay Wildlife Sanctuary have been walking the beaches in search of cold-stunned turtles, rescuing and transporting them to the Aquarium’s sea turtle hospital.

The turtles are treated for a variety of life-threatening medical conditions that are a result of weeks of hypothermia and the inability to feed. It’s only the beginning of the season, and so far, 66 turtles have been treated by the Aquarium team. More turtles are expected in the coming days and weeks.

“The lingering warm temperatures this autumn kept the water temperature just above the threshold for sea turtles. The sudden drop in temperature and winds on Tuesday seemed to kick-start the season, which is now well underway,” said Connie Merigo, Marine Animal Rescue Department Manager.

This year’s pandemic has presented a unique challenge to turtle rescue and care. Social distancing guidelines mean rescuers must stay six feet apart while working to save these endangered species, which include Kemp’s ridleys, loggerheads, and leatherbacks. Merigo and Dr. Charles Innis, Director of Animal Health for the New England Aquarium, have prepared flexible rehabilitation plans that account for COVID-19 restrictions, treating and stabilizing the turtles. Once stabilized, and with the help of organizations such as NOAA Fisheries, National Marine Life Center, and Turtles Fly Too, the turtles are being moved to secondary rehabilitation facilities along the East Coast of the United States and the Gulf of Mexico, including Gulf World, to free up space for new arrivals.

“The sea turtle stranding network is teaming up once again to help us save as many endangered sea turtles as possible under the current conditions,” Merigo said. “The dedication of the network runs deep, and the teamwork is what makes this all possible, especially in a challenging year like 2020.”
In addition to rescue and rehab, as part of the institution’s conservation mission, Aquarium researchers deploy tags to help collect data on cold stunned sea turtles released back into the wild. Dr. Kara Dodge, a Research Scientist with the Aquarium’s Anderson Cabot Center for Ocean Life, has been able to track the movement of six rehabilitated turtles released over the summer.
Donations to the New England Aquarium help protect ocean life, support critical research on endangered species, and advocate for the environment. In this challenging year, the Aquarium launched the Mission Forward Fund, which directly supports the institution’s most urgent needs. 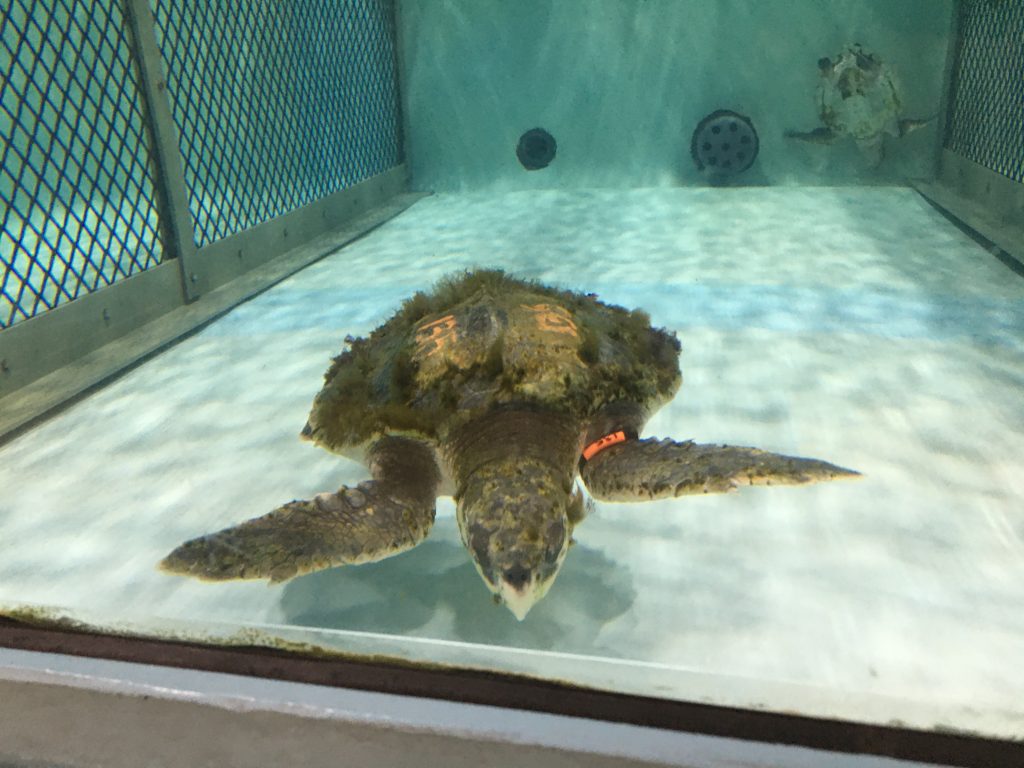