A Quincy man has been sentenced to more than three years in federal prison for counterfeiting over 4,000 fake $100 bills.

Victor Cardona, 34, on Jan. 18 was sentenced by US District Court Chief Judge F. Dennis Saylor IV to 41 months in prison, two years of supervised release and a fine of $5,000. In October 2022, Cardona pleaded guilty to one count of counterfeiting US currency, specifically, forged older-style $100 bills.

According to court documents, Cardona admitted that he procured the materials to create the counterfeit currency and hosted one or more other individuals at his home on a weekly basis for the purpose of creating the fake bills. In total, Cardona produced, or participated in the production of, over 4,000 fake $100 bills that were identified as counterfeit and traced by serial number to the authentic bills found at Cardona’s residence. To date, the government has recovered over $467,000 in counterfeit $100 bills traced back to the authentic bills found at Cardona’s residence.

James Devine and Joel Buenaventura were the top two vote getters in the four-person preliminary election for the vacant Ward 4 seat on the Quincy City Council and will go head to head in next month’s final election.

Devine was the top vote getter in four of the ward’s five precincts in the preliminary election and Buenaventura finished second in each of those precincts. The exception was Precinct 4, where Buenaventura came in first and Devine was second.

Those two candidates will face each other in the final special election on Tuesday, Feb. 7. The winner of that contest will be able to serve the remainder of the council term, which expires at the end of the year, and could run for a full two-year term in November’s municipal election.

Coming in third and fourth in the preliminary contest were Matthew Lyons and Sharon Cintolo, respectively. Lyons polled 149 votes (19.76 percent) and Cintolo 53 votes (7.03 percent). Lyons came in third in all five precincts and Cintolo placed fourth in each of them.

Turnout in the preliminary election was 6.83 percent, with 756 of the ward’s 11,068 registered voters casting ballots.

Early voting, both in-person and by mail, will be available for the final election as they were for the preliminary contest.

The last day to apply to vote by mail in the final election is 5 p.m. on Tuesday, Jan. 31. Applications can be obtained online at quincyma.gov or by calling the election department at 617-376-1144.

The deadline to register to vote in the final election is 5 p.m. on Saturday, Jan. 28.

The special election is being held to fill the seat vacated by Brian Palmucci, who resigned in the fall upon his appointment to a judgeship. Palmucci was first elected in 2009 and had been the longest-serving incumbent councillor at the time of his departure.

Mayor Thomas Koch and the City of Quincy will host Presidents Day Winterfest 2023, a family-friendly holiday event, on Monday, Feb. 20.

The afternoon and early evening activities will take place from 2  to 7 p.m. in and around the Hancock Adams Common, 1305 Hancock St., under a heated tent as well as inside Quincy City Hall and the Church of the Presidents.

All events are free to the public.

Some shows require free tickets to reserve your space in advance. Visit Eventbrite.com/e/481661180557. Patrons are welcome to reserve up to six tickets per themed show to allow multiple families to have access to each event.

Food is available for purchase throughout the event by Black’s Creek BBQ, Hive, Coffee Break Café and The Whoopie Pie Wagon or at one of the City’s downtown restaurants nearby.

For more information on this and upcoming events, follow the City of Quincy across social media and visit the City’s website at quincyma.gov.

On Tuesday, Nov. 29, Quincy Community Action Programs, Inc. celebrated the Grand Re-Opening and Ribbon Cutting for the new South West Community Center in South West Quincy, where the nonprofit has been serving food since 1968.

Over 130 people were in attendance including elected officials, funders of the project, community partners and private donors. Guests gathered for a light breakfast and tours of the new facility, including the new food pantry warehouse, a children and family engagement room, and office space where clients can access services such as housing and heating assistance and free income tax preparation.

Mayor Thomas P. Koch and Speaker Ronald J. Mariano were in attendance as keynote speakers. Both congratulated QCAP leadership and staff for opening the new facility that will provide critical resources for local families who are struggling to make ends meet.

The building was dedicated to long-time Quincy resident and member of the QCAP Board of Directors, Paul M. Connolly. For 20 years Connolly has represented the South West Quincy neighborhood – first on behalf of his son, former Ward 4 Councilor Bryan Connolly, then on behalf of the low income residents of South West Quincy who elected him as their representative to the QCAP Board of Directors. Speaker Mariano and Mayor Koch offered warm and personal congratulations to Paul Connolly for his contributions to the community and this well-deserved recognition.

Josephine Shea spoke on behalf of the QCAP Board of Directors stating, “Paul’s dedication to the South West Quincy community, his unwavering support of QCAP’s Food Center and overall mission, and his steadfast belief that every person deserves to have their basic needs met with dignity, make QCAP leadership proud to honor Paul M. Connolly with the dedication of the new South West Community Center in his name.”

Paul and his wife Pat raised three sons in Quincy and instilled these values of service and leadership in their family. Their son, Bryan, now an attorney, has donated countless hours to Quincy Community Action Programs assisting with the development of QCAP’s Head Start Center at 22 Pray Street, and now the South West Community Center at 18 Copeland Street.

The project was funded by public COVID-related funding to address food insecurity, state community action funds, as well as generous donations from local businesses, foundations and private donors. Beth Ann Strollo, QCAP Chief Executive Officer, thanked the many supporters in attendance, noting the support from Mayor Koch and Speaker Mariano, the Quincy state delegation and the many local banks, foundations and businesses who sponsored the project.

“I want to offer our sincere gratitude to all of you – the contributors, supporters, donors – you gave us the resources to transform this building into what it is today.”

The opening of the new food pantry and client services center comes at a critical time when the cost of food, housing and fuel are on the rise, and many families are feeling the effects of the added stress on household budgets. As many residents begin to recover from the pandemic’s financial impact, low-income households and communities of color are having the most difficult time bouncing back. Quincy Community Action Programs, Inc. is seeing food insecurity among local families remain high. As the community need for food has grown over the last 24 months, so has QCAP’s need for increased pantry storage space at their long-time Food Center in South West Quincy.

“The need is great,” says CEO Beth Ann Strollo. “While the pandemic is easing for some, recovery has been slow for many in the low-income community. Families continue to make hard decisions about whether to pay their rent, their heating costs, or put food on their tables. We are thrilled to open our doors to this new Community Center as a resource in the neighborhood we have been serving since 1965. We cannot thank our supporters enough for helping to make this a reality for our neighbors in need.”

More than a food pantry, the South West Community Center is a welcoming place to gather for cooking and nutrition classes, menu-planning workshops, family engagement activities, and more. The new Center is here to help during the holidays and beyond by providing assistance through monthly food orders, holiday meals and gifts, mobile food pantries and food delivery services.

“This new building will allow us to address the increased needs of so many residents, not just in South West Quincy but throughout the local area through mobile pantries and food delivery services launched in 2021 in response to both the pandemic and the long time problem of food insecurity,” said Strollo.

Donations to the Center are welcome during the holidays and year-round. Food donations to QCAP’s food center help to fill gaps caused by the increased need, and they help supply the pantry with items that are more difficult to find such as cooking oils, spices, and coffee. There is also an ongoing need at the food center for donations of non-food items such as cleaning supplies, toilet paper, feminine products, soap, and toothpaste and toothbrushes. QCAP also encourages monetary donations at this time of year and can stretch every dollar donated to the food center to have the biggest impact on clients who are struggling with hunger.

“A donation to QCAP helps us ensure that households get healthy, nutritious food and other services like heating assistance that help families get by in very challenging times,” says South West Community Center Director, Melinda Alexander.

The pantry at the Center is accessible to clients and donors five days a week from 9 a.m. to 4:30 p.m. except on Wednesdays when it is open from 11 a.m. to 6:30 p.m. to accommodate working families. For more information on the services the food center provides or donations needed, please call 617-471-0796.

QCAP also provides heating assistance to residents in Quincy, Braintree, Milton, and Weymouth. Heating assistance can help significantly reduce monthly bills, even if heat is included in the rent. For more information on this, please call 617-657-5301 or visit qcap.org/energy.

“We are thrilled to be opening the new Center that will provide a place to turn for help when our neighbors face challenging times. This project would not be possible without the support of such a caring community. We are grateful for the ongoing support of our community, local elected officials, volunteers, and donors,” reflects QCAP CEO Beth Ann Strollo. 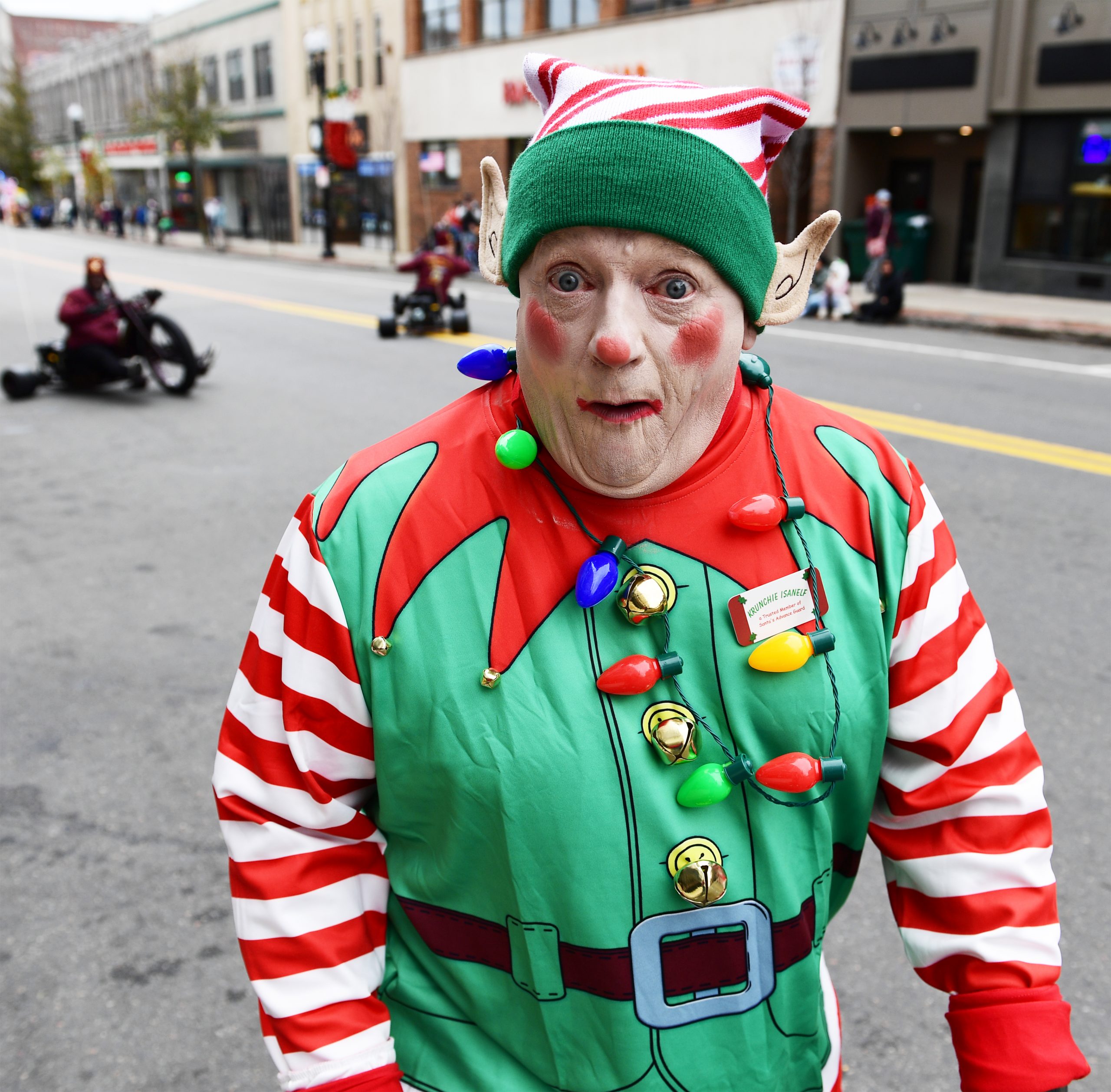