Michael A. D’Andrea, a lifelong resident of Quincy, passed away peacefully surrounded by his loving family on Monday, May 30, 2022, after a courageous battle with pancreatic cancer. He was 63. Michael graduated from Quincy Vocational School in 1977. He was a member of the South Quincy Bocce Club. 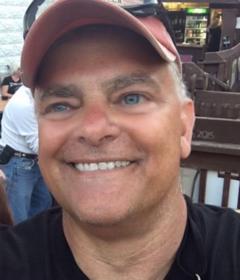 Michael had many interests, some of which included boating, riding his motorcycle, and snowmobiling. He also enjoyed the simple things in life such as floating on the lake in Laconia and sitting by the fire with family and friends. He built D’Andrea Foods, a successful business that expanded over thirty years. He then merged companies with Carl Crocetti of Crocetti Oakdale Packing Co. They went on to pursue other business ventures for the next several years until Carl’s passing in 2016. He then collaborated with Carlo Crocetti. Michael retired, selling the business so he could enjoy spending time with loved ones.

Michael was born in Quincy to Michael and the late Shirley (Middendorf) D’Andrea, both of Quincy. Michael is survived by his wife Joanne (Stoker).  Father of Rachel Drum and her husband Justin and Michael D’Andrea. Beloved Papa to Collins Aurora Drum. He was a caring brother to Cindy D’Andrea of Holbrook, John D’Andrea and his long time partner Elizabeth Harrington of Sagamore, Laura (D’Andrea) and her husband Norman Conway of Haverhill. He was the devoted uncle to many nieces and nephews.

Relatives and friends are respectfully invited to greet the family during the visiting hours on Monday 4-8pm in the Keohane Funeral Home, 785 Hancock Street, Quincy.

A Celebration of Life service will be at the funeral home at 9:15am on Tuesday prior to the Funeral Mass at St. John’s Church, 44 School Street, Quincy at 10:00am. Burial in Pine Hill Cemetery, Quincy.