Quincy police are investigating a stabbing in North Quincy on Thursday (Sept. 15) that left the victim with serious injuries. 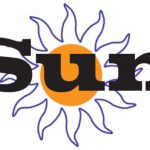 The stabbing took place in the area of Glover Avenue and the victim was taken to an area hospital with serious injuries, the department said.

Glover Avenue and Pierce Street was closed off to traffic as detectives investigated the incident.

The stabbing took place in the vicinity of Quincy Catholic Academy. Police said school officials were notified of the matter and that there was no threat to the school’s students.

On Friday, Quincy Police said the stabbing victim had been discharged from an area hospital.

The initial call came in as a road rage incident. At some point, both parties exited their vehicle, a fight ensued, and victim was stabbed and the suspect fled.

No further information is being released at this time, according to a police department spokesperson.