The Quincy Animal Shelter was able to reunite a dog with its family recently. 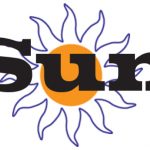 Thirteen-year-old, missing from Lawrence since November, was reunited with his family Dec. 16. Haze was found in Quincy on Nov. 19 by a good Samaritan, Abby, who turned him into the shelter.  Jenny S., a volunteer with Missing Dogs Massachusetts, was then able to bring the shelter’s social media posts about Haze to the attention of MDM.

Some calls were made, pictures were exchanged, and then Haze’s family made the trip from Lawrence to see the dog in person. Without a doubt, it was their boy.

The Quincy Animal Shelter would like to remind pet parents to microchip their pets, and make sure to register them and update the registration if you move. If your pet goes missing, you should also reach out to shelters within a 25-mile radius.