Voters in parts of South and West Quincy will head to the polls on Feb. 7 to elect a new city councillor.

The city will hold a special election to fill the Ward 4 seat on the Quincy City Council that day. The special election is being held following the resignation of long-time councillor Brian Palmucci, who left his seat to accept a judicial position. 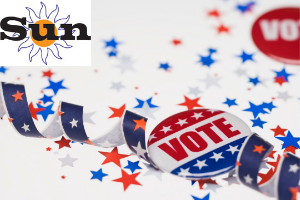 The remaining councillors approved the schedule for the special election at their meeting on Monday evening.

Nomination papers for the race were made available on Tuesday morning. Residents seeking to run in the special election must reside in Ward 4 and collect the signatures of 50 residents registered to vote within the ward.

The winner of the special election would be eligible to serve out the remainder of Palmucci’s term, which expires at the end of 2023. The winning candidate could then run for a full two-year term in next November’s municipal election.

No candidates had taken out nomination papers as of noon on Tuesday. Three Ward 4 residents – Veronica Bertrand of Copeland Street, Joel Buenaventura of Common Street and Matthew Lyons of Centre Street – have established campaign committees in recent weeks, according to the Massachusetts Office of Campaign and Political Finance.

City Council President Noel DiBona, one of the council’s three at-large members, will serve as the point of contact for Ward 4 residents until the new councillor is seated in mid-February. Residents can reach DiBona by email at ndibona@quincyma.gov or by phone at 617-834-4081.